An Garda Síochána have issued a warning to the public about a ‘smishing’ scam after a number of people were  contacted by a text message, which appears to have come their bank, leading them to believe their bank card has been compromised.

A number of reports were received by Gardaí in relation to this scam before the Garda National Economic Crime Bureau (GNECB) conducted searches on June 17 at addresses in Dublin.

A number of bank cards were recovered during the course of these searches, and returned to their owners.

A male youth was arrested and is currently detained in Tallaght Garda Station under Section 4 of the Criminal Justice Act, 1984.

GNECB are advising the public as follows:

• Never click a link in an unsolicited text
• Never give away personal data like your PIN, card numbers and passwords
• A financial institution would never request a customer to return a card to the bank in such circumstances

An Garda Síochána are also urging everyone to not to respond to such text messages, but instead to take a screenshot of the message, delete it and report to your local Garda station. 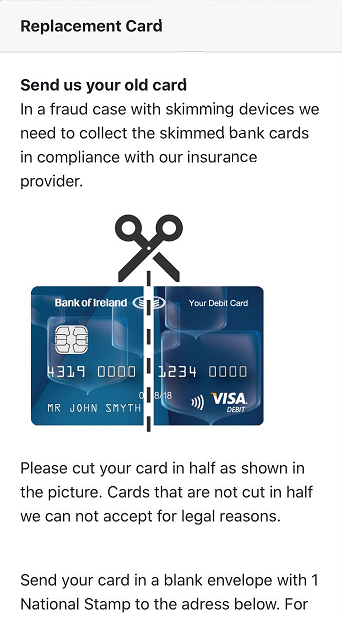 ‘We need a plan for opening our playgrounds’ – Wicklow councillor