Wicklow gardai will be out in force over the coming weeks to offer guidance, reassurance and advice to communities across the city and county throughout the coronavirus emergency.

More members of An Garda Síochána will be more visible on Wicklow roads, streets and boreens than in any period in living memory as part of the fight to curb the spread of Covod-19.

The day-to-day work practices of the gardai have had to be hastily re-assessed to cope with the pandemic. Shifts have been altered, work targets realigned and a change of emphasis on the way duties are carried out.

Gardai must heed the same warnings the public do. The men and women of An Garda Síochána have families of their own; young children, elderly parents – so they have to deal with the realities of the emergency in the same way the general public does.

In these unprecedented times, and in order for our gardai to better protect the public it serves, it is more effective for for our officers, and also the public at large, to keep out of the confines of their barracks.

Many of our Garda stations were built long before the outbreak of Tuberculosis in Ireland. Many were built as barracks for the British in the 18th century when social distancing was not a concept during the design phase. Some barracks remain cramped, so being out and about reduces the risk to gardai of carrying or contracting the virus.

A Garda source told WicklowNow.ie: “The message we are sending out is ‘we are there for people’.

“It will be very noticeable that we will be more visible, but this is to offer people reassurance, this is not to frighten people at all. This is a measure to reassure the public the gardai are there to help and be seen to help.

“If anyone needs the gardai, we will be there for them to call upon us.”

The source said gardai understand some people may get feel a little worried when they see the presence of more frontline staff moving about, particularly in light of some exaggerated and false claims on social media in recent days.

However, they said the increasingly visible presence on our streets is simply to reassure the public during these uncertain times.

The Garda source added: “Unfortunately, there has been panic spreading online, chatter, rumours – idle minds causing panic. You can be rest assured that the visible increase in Garda on the street and on patrols is not about that. Not about enforcement.

“What this is about is reassuring the public that we will be there if anyone needs us. The gardai and the frontline services are there to help the public in any way we can.

“If we all work together, we can get through this.” 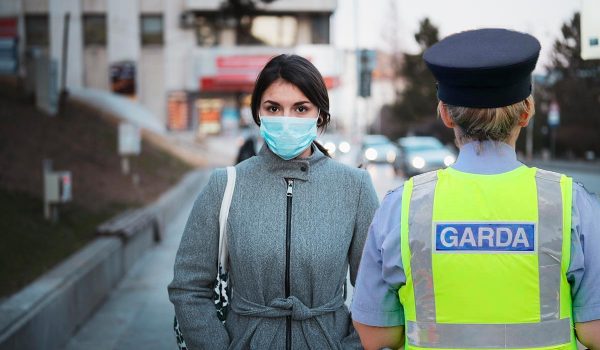 General Election 2020: After Count 14 Whitmore has been elected and we are now heading for a final 15th count

Heartbreak as tragic Nadine loses her brave fight for life